We started our morning with grilled cheese Quesadillas! Today we went to see the Stations of the Cross. Last night being Holy Thursday, the celebration of the last supper, and today being Good Friday, where the Passion of Christ is observed. We left at 8 am, the 14 stations concluded around noon.

This is a very important cultural moment in San Francisco La Paz, it was very hot but the town turned out, many with parasols, people of all ages and walks of life.

The Stations concluded at the Church and were followed by mass.

We saw many familiar faces along the way, this is the community we serve so we saw some of the young students who helped us yesterday as well as many from past years. 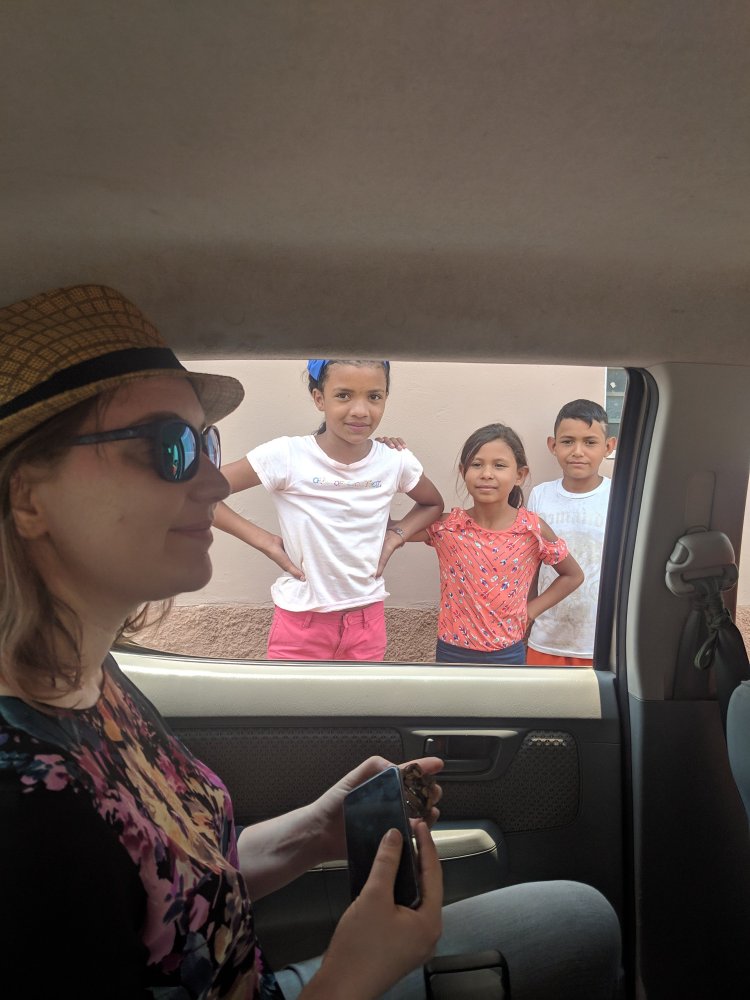 We stopped back at the Hogar Los Ninos for some lunch and to refill our water, then after one we loaded art supplies to finish the welcome to San Francisco Mural.

Moises is a graffiti artist who joined us in Tegucigalpa, he brought a lot of skills to the mural and is a hard worker. 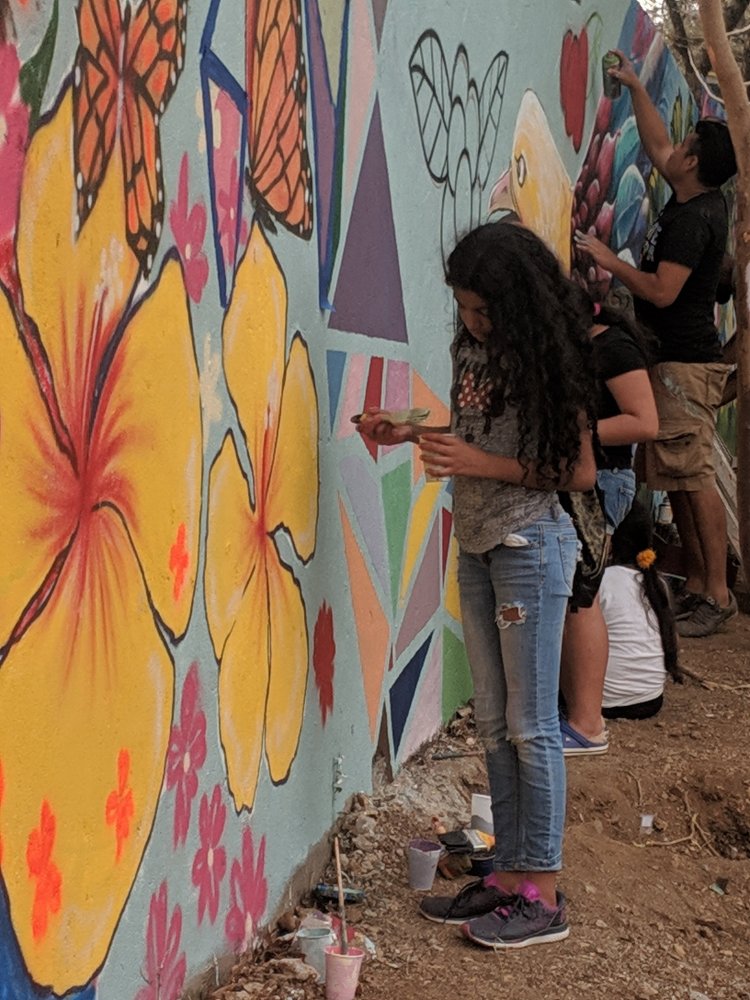 Luis’s students returned to help us finish, even though Good Friday is a major holiday, and businesses and schools were closed. 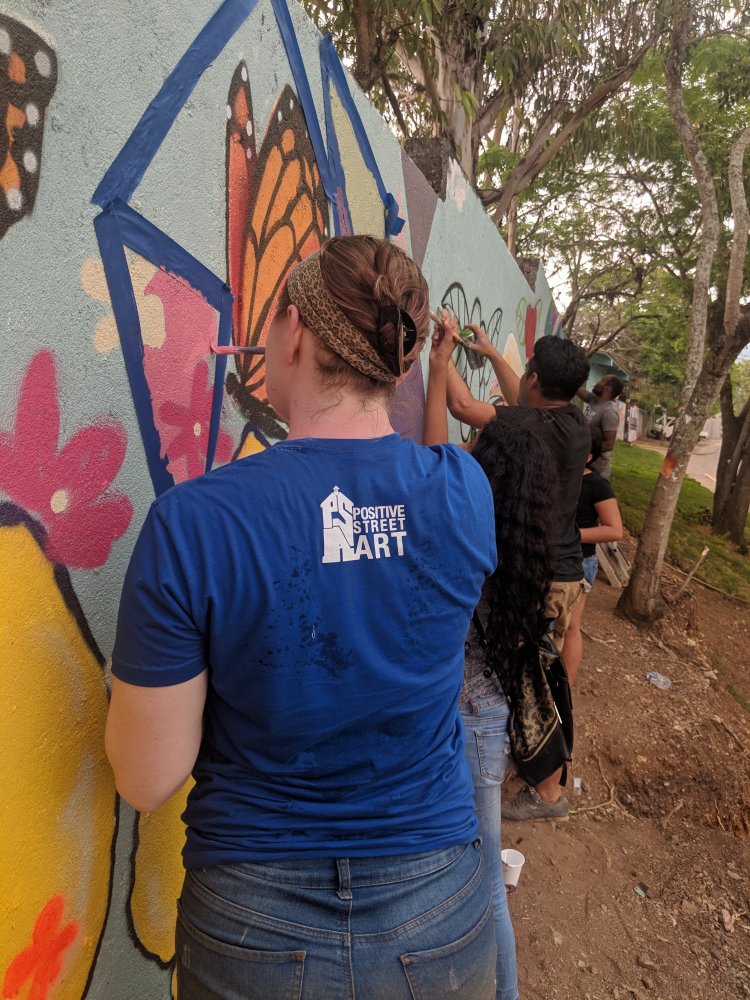 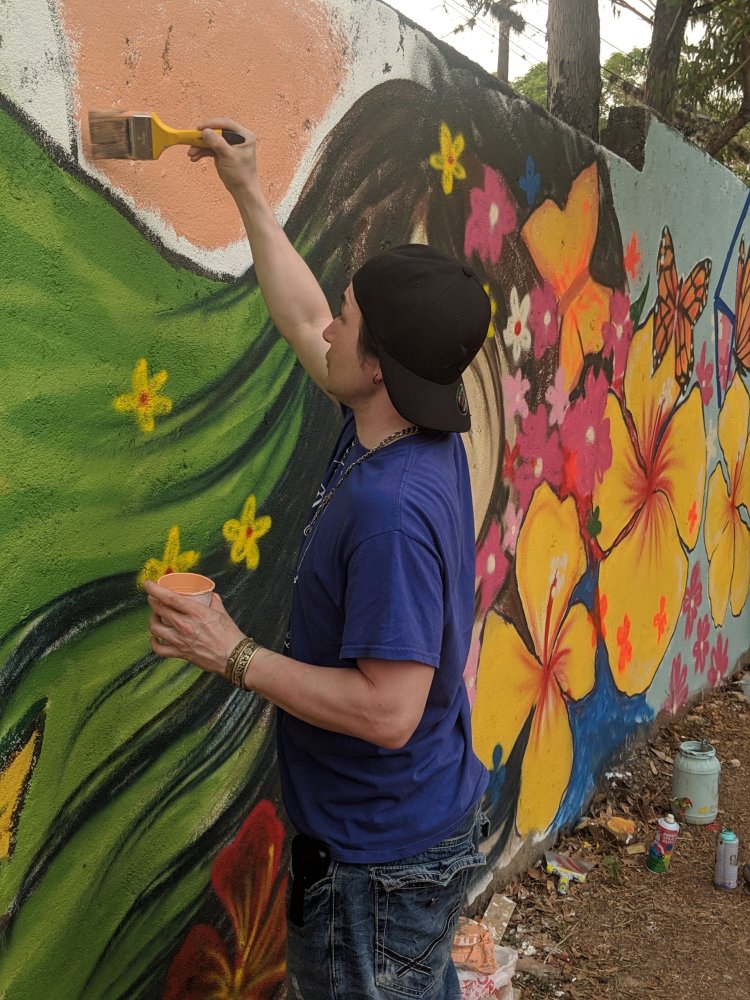 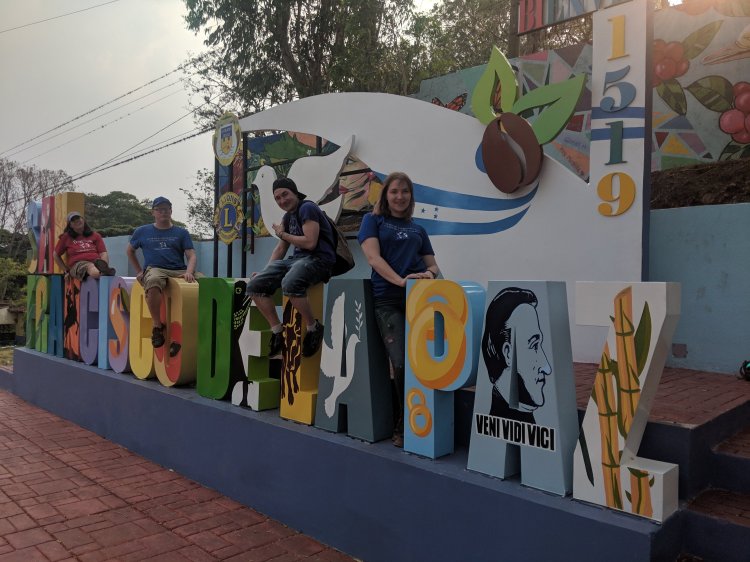 Finito mural 1! We also stopped to wish Manuel Ramirez a Happy Birthday. Manny finished his second year trip last year and led a project to introduce Arte Positivo to aerosols, which worked, given Moises and Marvin both using spray in their pieces. 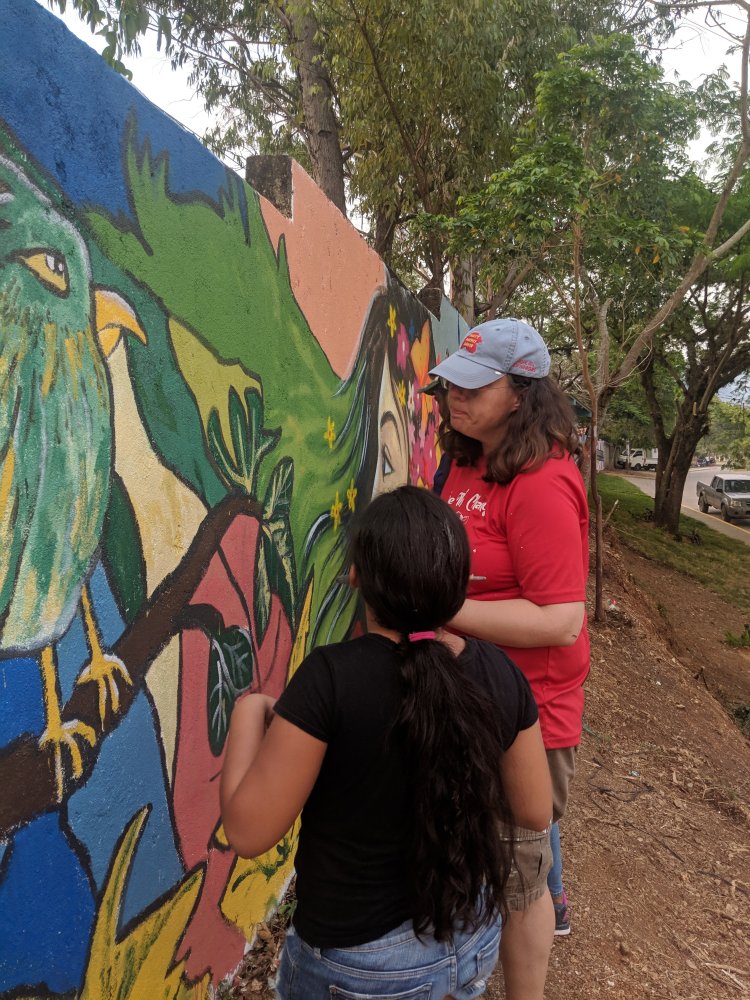 We were pulling into the Hogar La Nino to get ready for dinner when Mario asked us to stop just outside. We collaborated with Luis, Marvin and Moises. This piece is inspired by today’s stations of the Cross and the river of parisols we followed around the city. There is a deep sense of community here, which called to mind for us Ephesians 2 :19 “ you are no longer foreigners and strangers, but fellow citizens with God’s people and also members of his family”

And speaking of family, Mario’s wife stopped by with his daughter! 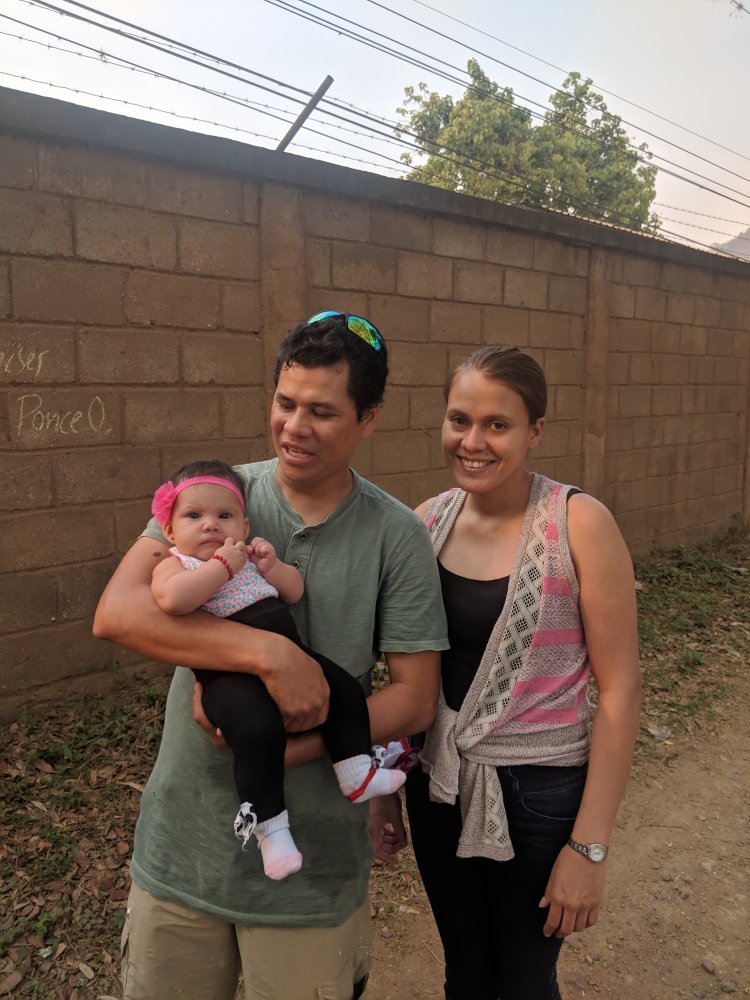 Jyl and Tom will be practicing with Alfredo tonight to play guitar at the Festival, Drok is watching the clock for when Los MicroChip arrives to practice.